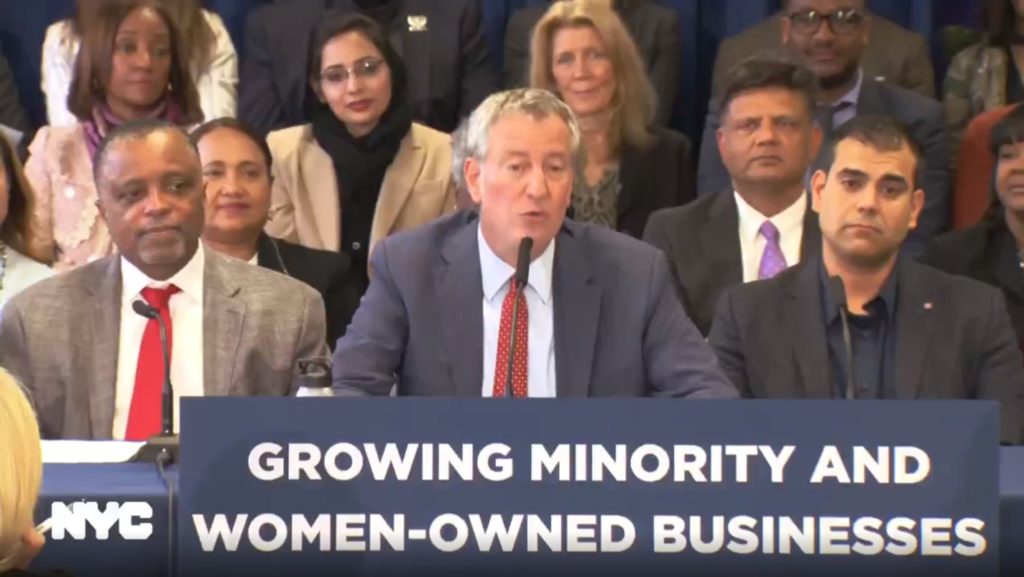 “We’ve made big strides investing in minority and women-owned businesses,” de Blasio says, “We can go even further with Albany’s help.”

QED National President Colleen Molter experienced the breaking news first hand, gathered alongside other leaders in the NYC and NYS M/WBE community. As a member of the City of New York’s MWBE Advisory Council and co-chair of NYC Department of Education’s Career and Technical Education (CTE) Information Technology Commission, Colleen joins her colleagues in supporting this effort.

“I knew the Mayor’s announcement would be important,” Molter says, “But I didn’t realize it would be this important. Frankly, we appreciate this level of support and would love to see it happen. It’s now up to us and the community to make it happen.”